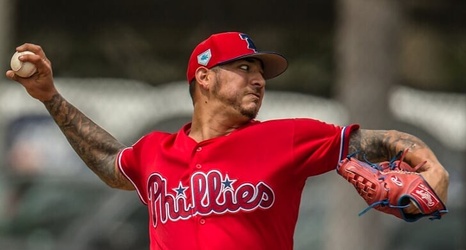 For the first time in six years, pitcher Vince Velasquez will call a city outside of Philadelphia his baseball home.

The right-hander will become a member of the San Diego Padres after signing a minor-league deal with the organization, the team announced on Wednesday. Velasquez is set to be activated and make a start for the Padres this weekend.

The 29-year-old was a free agent following his release by the Phillies on Sunday. Velasquez had been pitching for Philadelphia since 2016.

The Phillies acquired Velasquez prior to the 2016 season in a trade with the Houston Astros, and his first impression with his new team was as spectacular as anyone could’ve imagined.