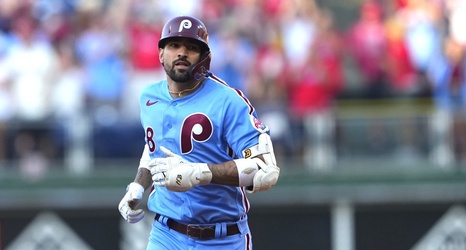 In the top of the fifth of Thursday’s game against the Nationals, the Phillies and everyone else who keeps an eye on the forecast knew that a storm was on its way. A delay was coming, but it would help to still have the lead as the game became official.

The Phillies took a 5-2 lead thanks to a three-run home run from Alec Bohm in the bottom of the fourth. All new Phillies starter Noah Syndergaard had to do was battle his way through five innings with the lead.