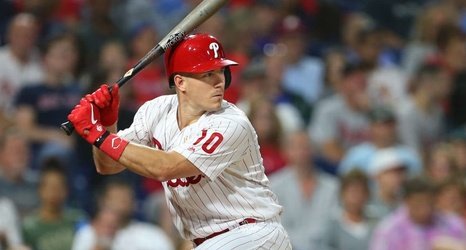 The Phillies reportedly are willing to give catcher J.T. Realmuto a record-breaking contract

Some of these feats included the six-year veteran being the first Phillies’ first Silver Slugger Award-winning catcher since Darren Daulton in 1992, and just the third catcher in franchise history to win the Gold Glove Award, Bob Boone in 1978 and 1979 and Mike Lieberthal in 1999.