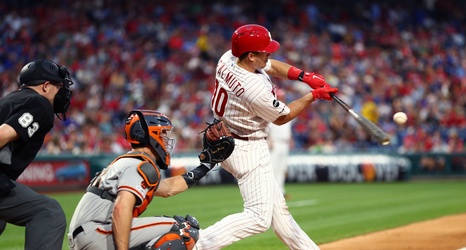 After making two major additions this offseason with Zack Wheeler and Didi Gregorius, the Phillies have been extremely quiet on the free agent and trade market. Some of that is because of the luxury tax, but could another reason be a pending deal with J.T. Realmuto?

According to ESPN’s Jess Passan, the Phillies are “widely expected” to reach an extension with J.T. Realmuto, although the timing isn’t exactly certain just yet.

After trading top prospect Sixto Sanchez, catcher Jorge Alfaro, and prospect Will Stewart within the division to Miami last offseason for Realmuto, it was assumed the Phillies wanted more than two years from the best catcher in baseball.