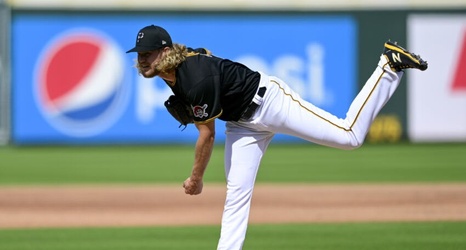 BRADENTON, FLORIDA - MARCH 02: Braeden Ogle #71 of the Pittsburgh Pirates throws a pitch during the fourth inning against the Detroit Tigers during a spring training game at LECOM Park on March 02, 2021 in Bradenton, Florida. (Photo by Douglas P. DeFelice/Getty Images)

The Phillies are acquiring LHP Braeden Ogle from the Pirates ahead of the trade deadline.

In a stunning development, the Philadelphia Phillies have done something ahead of Friday’s 4 PM EST trade deadline.

According to FanSided’s MLB Insider Robert Murray, the Phillies are acquiring a pitcher from the Pittsburgh Pirates.