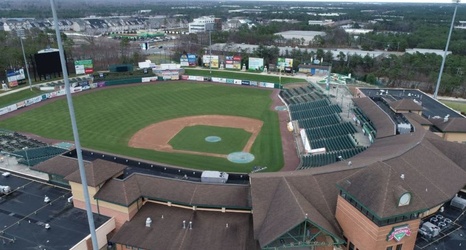 FirstEnergy Park in Lakewood, home of the Lakewood Blueclaws.

The Phillies’ Single-A Lakewood affiliate has changed its news

Since 2001, the Lakewood BlueClaws have served as the Philadelphia Phillies’ South Atlantic League Single-A affiliate. Before that, from 1995 to 2000, their Sally League affiliate played in North Carolina as the Piedmont Boll Weevils.

Wednesday evening, the next chapter got underway for the Ocean County-based Phillies affiliate — a name change to the Jersey Shore BlueClaws. The official announcement was made outside of Convention Hall in Asbury Park.

Art Matin, managing partner of Shore Town Baseball — the BlueClaws operating partner — called the announcement a “banner day” for both the Phillies affiliate and the Jersey Shore.