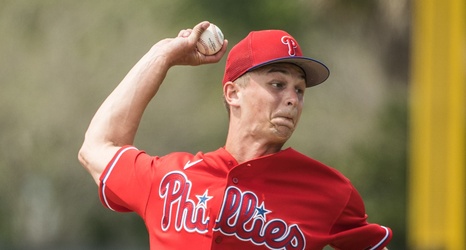 With less than a week remaining until the Aug. 2 trade deadline, it’s clear that Philadelphia Phillies president Dave Dombrowski is trying to balance returning to the postseason for the first time since 2011 with beginning to consistently develop star players from within the organization.

After defeating the Atlanta Braves Wednesday afternoon, the Phillies are 51-47, tied for the final Wild Card spot in the National League. Still, they don’t seem to be in a position where they plan on gutting their farm system for an immediate payoff.

Matt Gelb of The Athletic hears that the Phillies “have signaled to other clubs that Andrew Painter, Mick Abel and Griff McGarry are not available.