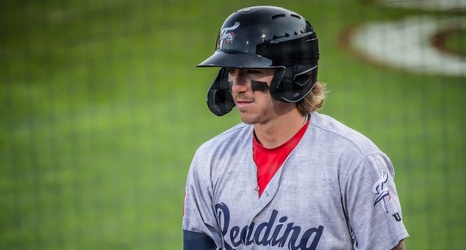 A youth movement is making its way to Lehigh Valley after the Philadelphia Phillies made a number of moves within their minor-league system.

Top prospects in infielder Bryson Stott, catcher Logan O’Hoppe, right-hander Francisco Morales and outfielder Símon Muzziotti were promoted to Triple-A for the first time in their careers on Wednesday.

Reliever Brian Marconi was also sent to Triple-A for the first time. Right-hander Hans Crouse, left-hander Kyle Dohy, infielder Dalton Guthrie and veteran right-hander David Paulino were assigned to the IronPigs again after spending time with them earlier in the season.

Each of these players had been with the Double-A Reading Fightin Phils, whose season ended on Sunday.