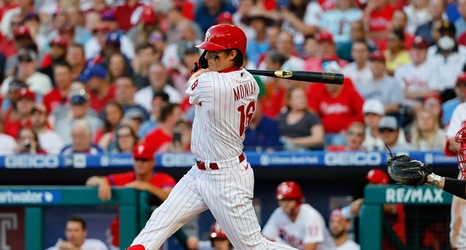 As the Phillies look to concoct some sort of offensive identity without Bryce Harper for the next six to eight weeks, possibly longer, they’re going to have a stinker or two. Possibly more.

For the second-straight night, the offense underwhelmed in a loss against the Atlanta Braves. Ranger Suárez allowed four runs over 6 2/3 innings. He threw a career high 110 pitches in a losing effort.

The Braves’ Adam Duvall drove in two runs with a home run and a fielder’s choice. The Braves outfielder hustled on a potential double play ball to score Marcell Ozuna, who went from first to third on a single to right fielded by Nick Castellanos.