Phillies news: What ever happened to Scott Mathieson? 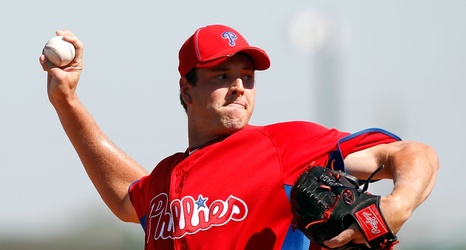 Once considered to be among the Phillies’ best pitching prospects, the Major League Baseball career for right-hander Scott Mathieson never quite worked out. Yet, what would follow would be a whole other story.

The Vancouver, Canada, native and B.C. Premier Baseball League athlete was drafted by the Phillies in the 17th round, 509th overall, of the 2002 amateur draft.

RELATED | Phillies news: What ever happened to Cliff Lee?

His 3-1 record and 3.93 ERA spanning five starts for then-Triple-A-affiliate Scranton/Wilkes-Barre in 2006 earned Mathieson a promotion to the big-leagues.