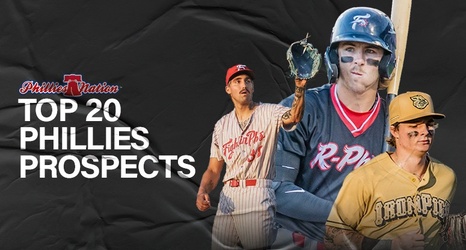 With both the Major League Baseball and minor-league seasons beginning to wind down, Phillies Nation has assembled its most recent rankings of the 20 best prospects in the Philadelphia Phillies organization. The current list was compiled by Phillies Nation‘s Tim Kelly, Destiny Lugardo and myself, Ty Daubert.

As stated in previous versions of this prospect list, assessments of these prospects are based on the play the Phillies Nation staff has seen covering these players in-person, analysis of film, conversations with scouts, coaches and other player development personnel and information from outlets such as Baseball America, FanGraphs, Prospects Live and MLB Pipeline.