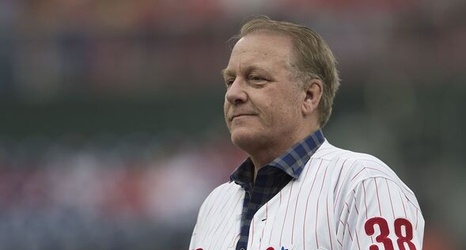 There’s no denying former Phillies pitcher Curt Schilling, who missed the Hall of Fame class of 2020 by five percent, has the numbers to make the Baseball Hall of Fame.

He’s won 216 games, struck out 3,116 batters, and has an ERA+ of 127 in 20 seasons, pitching until he was 40-years-old and dominating in the later-half of his distinguished career. That 127 ERA+ is the same as Bob Gibson, Tom Seaver, and Stan Coveleski’s.

His 3,116 strikeouts are 15th all-time, more than Jim Bunning, Mike Mussina, and, yes, even more strikeouts than Cy Young.