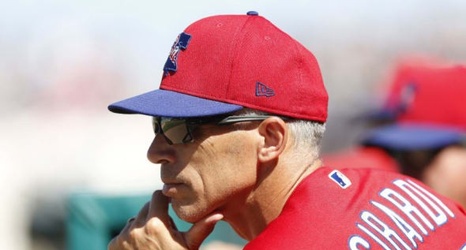 For Philadelphia Phillies manager Joe Girardi, he is itching for baseball to return but at the same time is finding ways to occupy his time.

“The good thing about South Florida is you can get outside every day; so, I’m getting ready to go for a run, do some backpedaling and a bunch of different things,” Girardi recently said on MLB Network. “I work out four days and then take a day off; it’s it’s all body weight sort of stuff”

The new Phillies skipper, the 55th in franchise history, says that even though spring training was cut short, he felt he got a “pretty good feel” of the whole organization and prospects that have the possibility of helping the team during the course of the season.