Phillies interested in all 4 star shortstops, including Carlos Correa 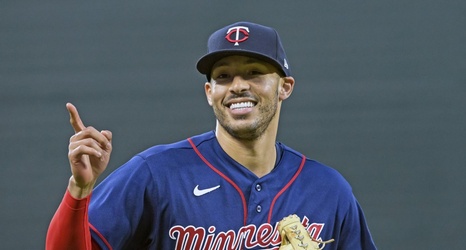 While Trea Turner and Xander Bogaerts have been the two names connected most frequently with the Philadelphia Phillies in free agency, Jon Heyman of The New York Post hears that Dave Dombrowski and company are interested in all four of the star shortstops available.

That includes Carlos Correa, according to Heyman.

Correa declined a 10-year/$275 million offer from the Detroit Tigers early last offseason, in search of a larger deal. Such an offer never came, and Correa ultimately departed Houston for a three-year/$105.3 million deal with the Minnesota Twins that included a chance to return to free agency after each season.