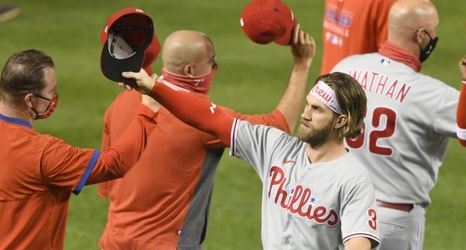 The Phillies and Giants remain in the postseason hunt, whereas the Giants have been eliminated

The reigning World Series champion Washington Nationals will not have the chance to defend their title next month. Thanks to the Philadelphia Phillies (28-29) defeating them 12-3, coupled with the Gabe Kapler-led San Francisco Giants (28-27) winning on Wednesday, the Nationals (23-33) were officially eliminated from postseason contention.

The Phillies largely have Zach Eflin and Bryce Harper to thank for their convincing win.