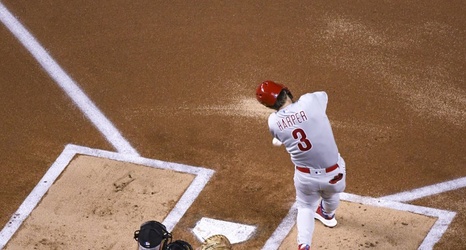 It’s been a long time coming, but the Phillies finally have the elusive win No. 82 under their belt. Although it was their first meaningless game of the season, the Phils showed that they haven’t packed their bags just yet.

Behind another Ranger Suárez masterpiece, and a monster game from Bryce Harper, the Phillies earned a total team victory to break their four-game losing streak. They walked into the Miami house of horrors, and snatched an easy victory from the Fish.

The Phillies got on the board in the third inning, thanks to a rocket RBI single from Odúbel Herrera.