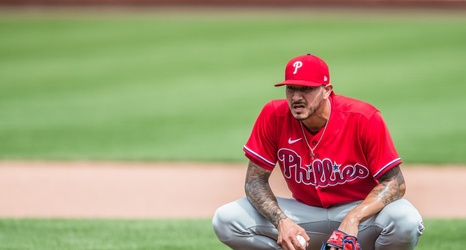 The Phillies made a few roster moves before Saturday’s game against the Colorado Rockies.

Right-handed pitcher Vince Velasquez was designated for assignment, marking the end of his time in the Phillies organization. Velasquez had been on a rehab assignment with Lehigh Valley after landing on the injured list in August with a middle finger blister. He has enough service time to reject a minor-league assignment, so Velasquez will most likely become a free agent after he clears waivers.