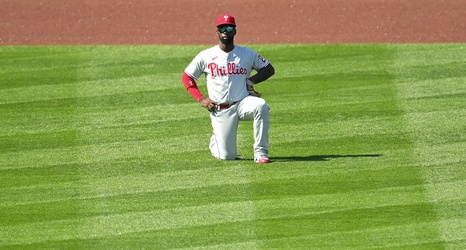 This season, as in so many others this past decade, the Phillies defense was a weakness. But it wasn’t supposed to be. In 2019 the defense graded out well by publicly available metrics, especially the outfield. Then, during the offseason, the front office made moves to improve the infield defense. Coming into the 2020 season we had reason to hope that the defense would become a strength: one that could bolster a good rotation and buttress a questionable bullpen. What went wrong?

Let’s once again start by looking at BABIP. As I discussed previously, the Phillies surrendered the highest full season BABIP-against in the post-integration era by a wide margin.