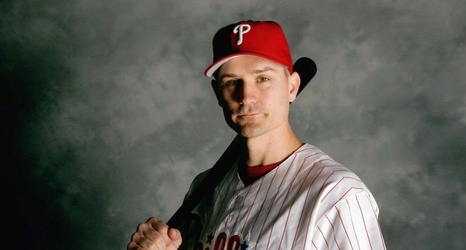 As you may remember, 2008 Philadelphia Phillies World Series champion backup catcher Chris Coste had no easy path to the major leagues before finally debuting at age 33 in late-May 2006.

Before even joining a Major League team’s minor-league system, Coste’s first five professional years out of college were spent in the independent league, the latter four of which with the Fargo-Moorhead RedHawks (1996-99).

Just under one decade following his short-lived, yet memorable four-season MLB career with the Phillies and Houston Astros, Coste returned to the RedHawks as hitting coach prior to the 2018 season, and has served in the role since.