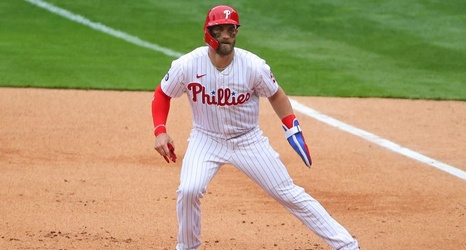 Sunday was the first game of the 2022 season where it felt like April in the
northeast at Citizens Bank Park, and perhaps not-so-coincidentally, it marked the first time that the Philadelphia Phillies bats went cold during the 2022 season.

The Phillies were held to just three hits Sunday, with a runner not getting passed second base until the bottom of the ninth inning. Unsurprisingly, that lack of offensive production handed them their first loss of the campaign in a series finale with the Oakland Athletics.

It appeared that the A’s had a chance to put a crooked number on the board in the top of the third inning, as Zach Eflin walked catcher Austin Allen to begin the inning, before allowing singles to Christian Pache and Tony Kemp.