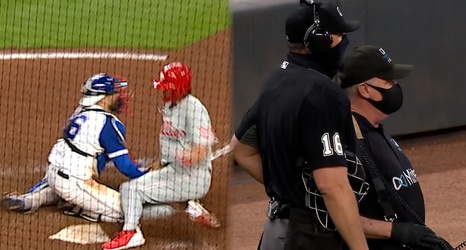 The Philadelphia Phillies had a rollercoaster series in their first 2021 regular season games away from Citizens Bank Park. The Atlanta Braves sought revenge after being swept in the opening series, and tension was surely in the air.

The Phillies may have dropped the series, 2-1, but it was full of emotion. Fans saw Bryce Harper send one out of the park for the time this year, as well as a Sunday night series-ending “battle of the bats.”

It was a call by an umpire that put the finale on everyone’s radar.