Phillies: 3 Rhys Hoskins trades that need to be considered 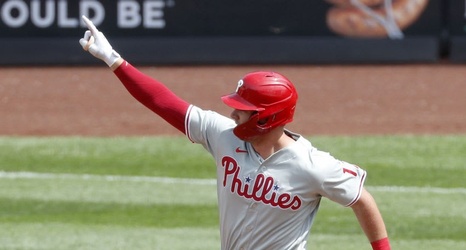 There is no secret that the Philadelphia Phillies have to explore all options this offseason to improve a team that fell one win short of their first postseason berth since 2011 — despite the expanded playoff format.

The Phillies’ postseason drought is now the second-longest in Major League Baseball, bested only by the Seattle Mariners (2011. The Detroit Tigers and Los Angeles Angels trail close behind (2014).

One avenue the Phillies and interim general manager Ned Rice could turn to over the next few months is improving their club through trade.