Offense struggles against Bieber in loss to Indians 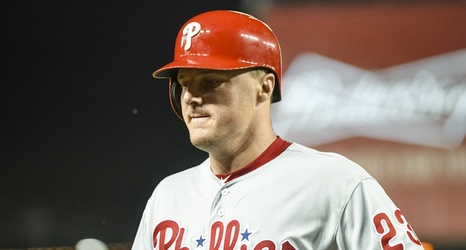 The Philadelphia Phillies (78-74) dropped the first of three against the Cleveland Indians (91-63) by a final of 5-2. The offense struggled against Cleveland’s Shane Bieber and Drew Smyly lasted only two innings in another disappointing outing for the 30-year-old.

Tonight had the making of a long night for the Phillies from the get-go. Smyly could not hit his spots and the Indians took advantage. The Tribe opened the scoring with a RBI double to left-center off the bat of Oscar Mercado. Yasiel Puig, who was acquired in a trade with the Cincinnati Reds this past trade deadline, added on to the Indians lead with a single that scored Mercado from third.