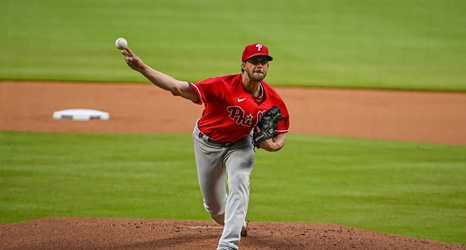 Aaron Nola entered tonight’s ballgame with a 1-4 record and a 3.96 ERA, but his stuff has passed the eye-test, and he’s been snakebitten by bad luck in terms of run-support and hitters getting positive results on soft-contact.

Tonight, Nola was masterful, keeping Braves hitters off-balance all evening and limiting traffic on the base paths en route to his second victory of the season, and his first since opening day.

The win notched the Phillies a split of this four-game series with the Braves, and they are now 21-24 as they head to New York for a series against the Mets, who are 7.