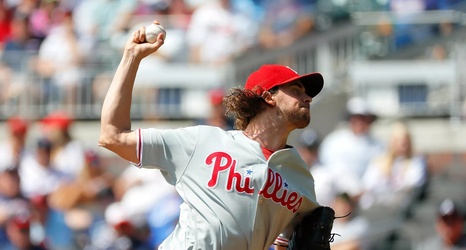 There was a time when winning two out of three from the Braves would have been seen as a good thing. There was also a time when the Phillies usually won games when Aaron Nola was the starting pitcher. On Thursday afternoon, neither of those things were true. The Phillies couldn’t complete the sweep as the Braves held on to win 5-4. This marked the sixth straight start by Aaron Nola in which the Phillies were the losing team.

Nola cruised through the first two innings, and in the bottom of the third, the announcers jinxed him mentioned how efficiently he was pitching.