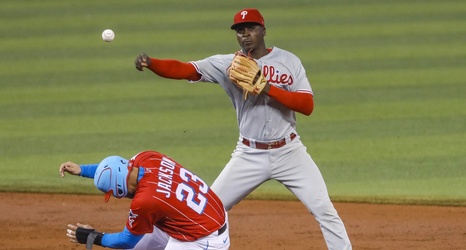 Sweeping the Dodgers in a four-game series in Los Angeles isn’t supposed to be easy, but the Phillies had it in their grasp. After winning the first three games of the series, they got off to a 4-0 lead in the finale, and the sweep felt as good as secured. But thanks to an offense that went cold and a bullpen which couldn’t close it out, the sweep was denied as the Dodgers came back to win 5-4.

Things were looking great in the second inning when an error by Dodgers second baseman Gavin Lux led to four runs by the Phillies.