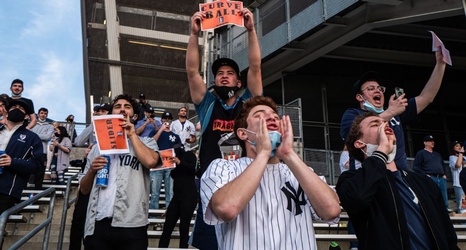 NEW YORK -- On May the Fourth, New York Yankees fans channeled their inner Palpatine and directed their anger toward the Houston Astros the moment they stepped on the field.

"You don't deserve your accolades!" another yelled at Astros third baseman Alex Bregman.

Tuesday marked the first day the crowd at Yankee Stadium had the opportunity to express their anger at the Astros for their sign-stealing scheme, which included banging on trash cans during the 2017 and 2018 seasons.