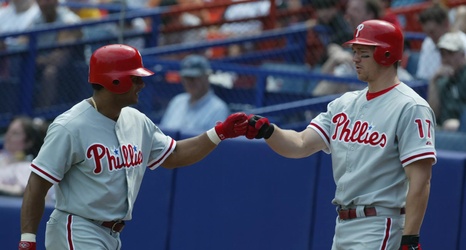 If a Philadelphia Phillies fan had to create a baseball player from scratch, including not only the talents that would make him great, but also the intangibles that Phillies’ fans love - the grit, the hustle, the “he plays the right way” attitude - many of them would point to someone like Chase Utley. A select few would point to the fiery persona of Larry Bowa as the archetype for a Phillies baseball player, someone the entire city would embrace.

Two guys that have recently walked through the halls of Brotherly Love were Bobby Abreu and Scott Rolen, players of immense, near Hall of Fame talent, but both without the love that you might think would adhere themselves to the warm embrace of the fans.