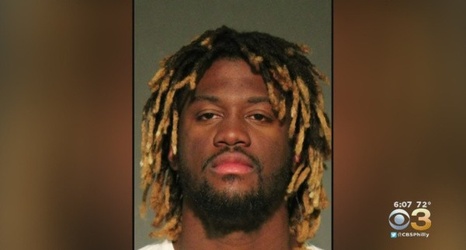 PHILADELPHIA (CBS) — Phillies outfielder Odubel Herrera has been suspended for 85 games by MLB for an alleged domestic violence incident. Herrera was arrested on May 27 for allegedly assaulting his girlfriend at an Atlantic City hotel and casino, police say.

Earlier this week, Herrera’s girlfriend dropped her complaint and the judge dismissed the case.

When police arrived at the scene, they found a 20-year-old woman, of Philadelphia, with visible signs of injury to her arms and neck after allegedly being assaulted by Herrera.