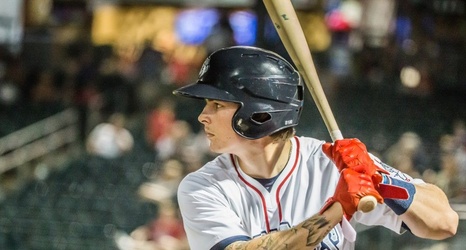 Philadelphia Phillies outfield prospect and former No. 1 overall pick Mickey Moniak exploded at the plate in the latest week of the minor-league season.

On Sunday, the 23-year-old extended his hitting streak for the Triple-A Lehigh Valley IronPigs to 10 games to cap his strong offensive series against the Buffalo Bisons in Trenton.

Despite Moniak’s production, Lehigh Valley dropped five of six games against Buffalo to put its record at 27-38; the Double-A Reading Fightin Phils are 26-40; the High-A Jersey Shore BlueClaws are 29-37; the Low-A Clearwater Threshers are 32-33; the Florida Complex League Phillies entered Monday with an 8-6 record.