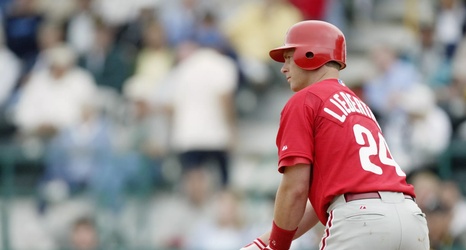 They called him a god.

Not just once, or in passing. They chanted it at him from the stands until he came out to address the followers of Westlake High School baseball.

On April 4, 1990, 18-year-old Mike Lieberthal waved to his people. He’d just hit his third home run of the day, a fifth inning grand slam, after a three-run blast in the first and a solo shot in the second. He had three hits and eight RBI and the game was barely half over.

So when they chanted, “god, god, god,” from the bleachers, nobody called it blasphemy.