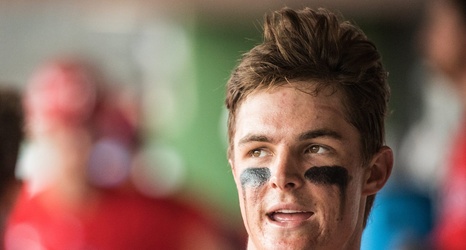 The former Phillies outfielder, dealt to the Los Angeles Angels in the Noah Syndergaard trade on Tuesday, will miss some time after fracturing his left middle finger on Saturday.

A 92-mph fastball caught Moniak’s finger while he was laying down a bunt attempt in the ninth inning against Seattle. Moniak got the bunt down, advanced on an error and was examining his hand when he pulled up to second. He stayed in the game to score on the next pitch but did not play the field to close out the win.