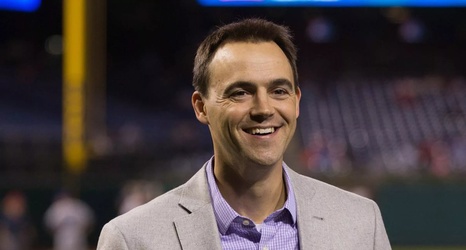 Phillies General Manager, Matt Klentak, held a short presser over Zoom on Monday afternoon — which I was lucky enough to attend.

He went on to detail the proceedings of the last few weeks, and mentioned that a majority of the team had already passed their “intake screenings,” and that the remainder of the non-infected players would be taking said screenings throughout today.

Klentak then addressed the fact that right-hander, Anthony Swarzak, was not included in the Phillies’ 60-man player pool that was released last night.