Madison Bumgarner Should be the Phillies’ #1 Back up Plan 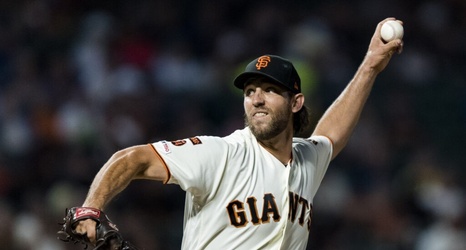 Last week, we watched the Phillies sign Zack Wheeler to a five-year, $118 million contract. A name that has come up for the team since the trade deadline last year is the former San Francisco Giant, Madison Bumgarner.

According to Bob Nightengale, Bumgarner is seeking a very similar deal to Wheeler. The southpaw wishes for a five-year, around $100 million contract. As the near 31-year-old lefty approaches his 12th MLB season, accumulating almost 1,850 innings, five years may be a steep asking price. However, that should not stop the Phillies.

Madison Bumgarner hit his prime from 2012-2016, where his sub-three ERA dominated batters throughout the league.