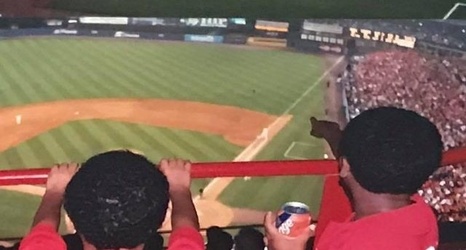 This is not the first Phillies game I’ve been to, however this is the first one I’ve really remembered. July 10th, 2003.

It was an exciting game, the Phillies would score their 7 runs in the first two inning which included a back-to-back home runs by Jim Thome and Mike Lieberthal.