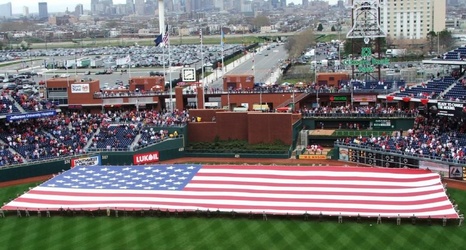 Jean Segura supplied the early power and the Phillies bullpen fended off a late push by New York as Philadelphia held on for a 5-3 win over the Mets on Saturday night at Citi Field.

Segura provided all the offense in the first few innings, hitting a solo home run off Mets starter Carlos Carrasco in the top of the first and again in the third to single-handedly give the Phillies a 2-0 lead.

Aaron Nola took the mound for the Phillies, giving his team a much-needed solid outing. He pitched into the sixth inning, surrendering one run on an RBI groundout to second by Francisco Lindor.