How much can the Phillies blame injuries for their plight? 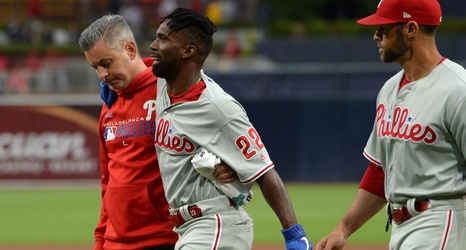 There are things in baseball that are out of a player’s and team’s control.

When a batter hits a ball hard, they often times have no control over where that ball is going to land. In that regard, the Phillies were on the wrong side of luck during yesterday’s 5-4 loss to the Braves in Atlanta.

Adam Haseley had a chance to put the Phillies ahead in the top of the 8th inning, trailing by a run with runners on 1st and 3rd with two out, only his 100+ mph line drive landed right in the glove of first baseman Freddie Freeman and ended the rally.