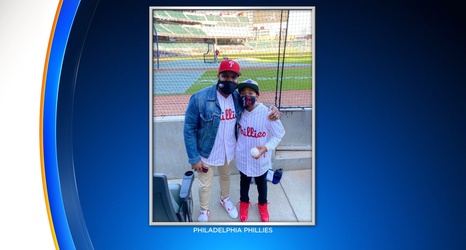 The father-son duo decided to give the home run ball to a Braves fan who was wearing a Freeman jersey.

The Phillies say they “demonstrated what it means to be a great baseball fan.”

Joshua demonstrated what it means to be a great baseball fan on Friday night.

Tonight, along with @Braves, we were thrilled to present Joshua and his father, @iamjamesscott1, with a baseball signed by @bryceharper3 and @FreddieFreeman5.