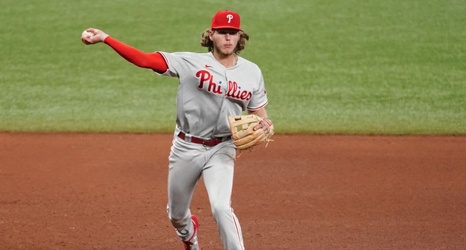 Exciting, non-Philadelphia Phillies news was announced on Thursday, a rare off day in the 2020 postseason — Rawlings announced the finalists for the 2020 Gold Glove Awards at each position in the American and National leagues.

While no Phillies players were named, that does not mean we can’t recognize their 2020 defense. I’ve decided to create a list of the 2020 Phillies Gold Glove winners; meaning, a Gold Glove for the best defensive player on the team at every position: