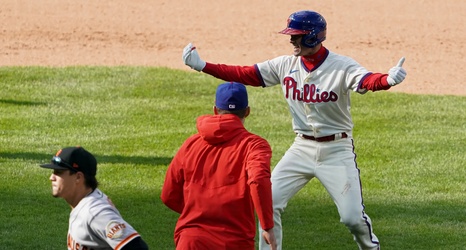 Make sure you have your Peacock streaming option ready as the Phillies head to San Francisco to take on the NL West-leading Giants. A weird phrase to say since they were most commonly picked to finish a distant third in the division, the Giants have hit homers this year. Lots of them.

You’re here for the lineups, so here they are. For the Phillies:

A nationally-televised battle on the bay. #RingTheBell

Bryce Harper is back.