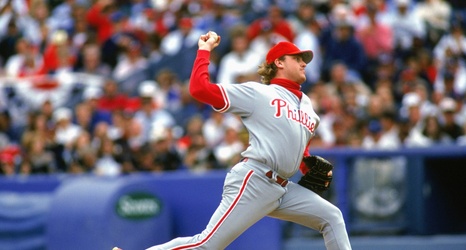 NEW YORK (CBS/AP) — For the eighth year in a row, former Phillies pitcher Curt Schilling has missed out on being elected to the National Baseball Hall of Fame. Schilling was third in this year’s voting with 278 votes (70%) — an increase from 60.9% but still 20 votes shy.

Schilling needed to be on 75% of the ballots to be inducted.

Derek Jeter came within one vote of being a unanimous pick for the Hall of Fame while Larry Walker also earned baseball’s highest honor on Tuesday.