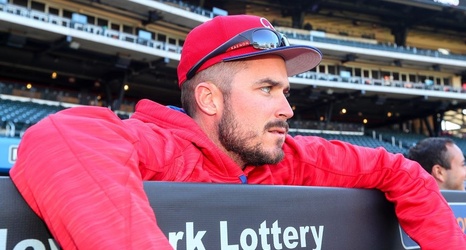 Four years after seeing his big-league dream come true with the Philadelphia Phillies, Brock Stassi jumped at the opportunity to return to the organization that he broke into the majors with in 2017.

The first baseman/outfielder has bounced around between the minor leagues and independent ball since he playing 51 games for Philadelphia in his lone major-league season, and was excited to another get the chance to play for the system where his professional career began.

“It’s awesome. I mean, it feels like I’m back home, honestly,” Stassi told Phillies Nation on Thursday. “I was here from ’11 to ’17 and I was playing in the Atlantic League [this year], so it’s nice to get back into affiliated baseball.