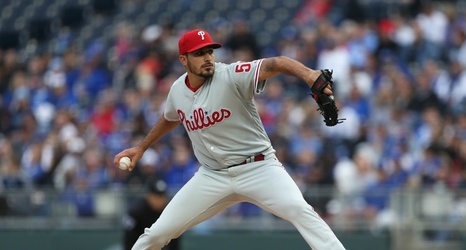 The Philadelphia Phillies (78-72) defeated the Atlanta Braves (93-60) to win their first series against Atlanta at SunTrust Park this season. With tonight’s win, the Phillies also clinch the season series against the Braves. The team temporarily sits 3.5 games back of the last NL Wild Card spot with 10 games to play.

A huge positive to take out of the 2019 season has been an all-around improvement defensively. That improvement was not on display tonight as the Phillies started the game with three errors in two innings. César Hernández began the second inning with his second throwing error in as many innings, allowing Nick Markakis to reach base safely.