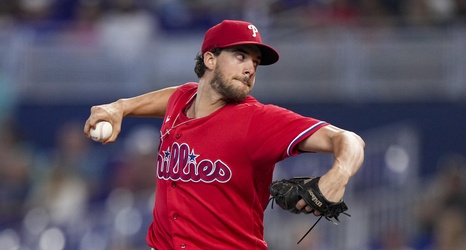 MIAMI (AP) — Aaron Nola struck out 10 and pitched scoreless ball into the ninth inning as the Philadelphia Phillies beat the Miami Marlins 4-0 Sunday for a three-game sweep. Yairo Muñoz homered to help Philadelphia head into the All-Star break at 49-43. Even minus injured star Bryce Harper, the Phillies showed a dramatic turnaround after manager Joe Girardi was fired on June 3, going 27-14 under Rob Thomson.

Nola (6-7) gave up four hits and walked one. He was pulled after allowing one-out singles to Joey Wendle and Brian Anderson in the ninth.