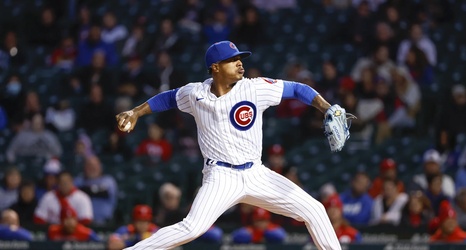 If you’re looking for positives from Tuesday night’s game between the Phillies and Cubs, you can point to how Zack Wheeler appears to be healthy and as good as ever. But Wheeler’s status might not matter if the Phillies’ offense doesn’t perform better than it did on Tuesday. The Phillies’ hitters struggled mightily against Marcus Stroman and the Chicago bullpen and wasted Wheeler’s strong start in a 2-1 loss.

Wheeler was making his second start since returning from an injury and looked like his usual dominating self. He gave up one run in six innings, and if not for a pitch limit, could have probably pitched much deeper into the game.