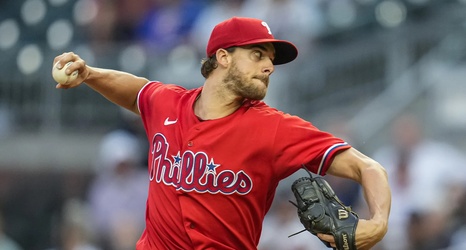 Phillies fans are a simple lot. They don’t ask a lot out of their team. Winning the game, of course, but mostly, they just ask that the game be uneventful. However it ends, they would rather the game just be decided early on, one way or another. All of these close games, games that end wildly or involved multiple head scratching plays, they’re the ones that get the fans riled up.

So when Aaron Nola stepped on the mound tonight and threw an absolute gem of a baseball game, they’re the ones that make the fans sit back and smile.