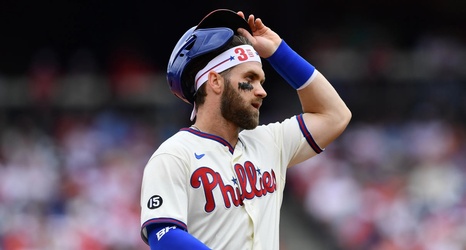 Is it time to be worried about Bryce Harper?

Because it happened again. Bryce Harper had to leave the Phils’ 5-3 loss to the Dodgers on Tuesday night because he tweaked his back on a swing in the fourth inning.