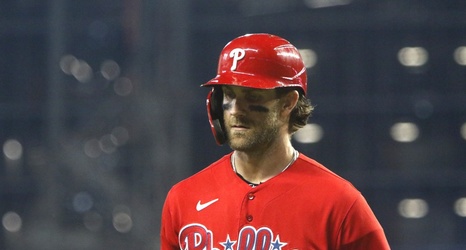 For as angry as he initially was after being drilled by a 97 mph fastball Saturday, Bryce Harper made sure to reach out to San Diego Padres’ lefty Blake Snell after the game and let him know that there wasn’t bad blood between the two of them.

Despite suffering a left thumb fracture that will likely end Harper’s quest to win back-to-back National League MVPs, he says he knows Snell didn’t intend to hit him.

“I’ve been playing against Blake since we were 10 or 11 years old. I know there was no ill will behind that at all.