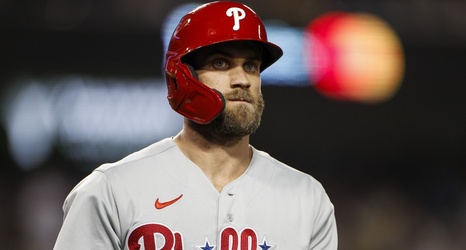 It took two save attempts — neither of which was especially clean — but the Philadelphia Phillies held on to defeat the Los Angeles Dodgers in 10 innings Friday, powered by another big game from reigning National League MVP Bryce Harper.

The Phillies struck first in the top of the second inning, as Bryson Stott kicked off the scoring by hitting a two-run single to left field, scoring Rhys Hoskins and Odubel Herrera.

After cruising through the first two innings, Kyle Gibson ran into some trouble in the bottom of the third.