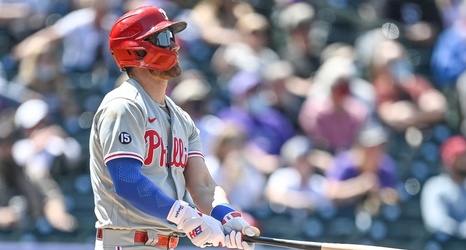 For the third consecutive year, Bryce Harper is the Phillies’ nominee for the Hank Aaron Award.

Named after the late Braves slugger Hank Aaron, the award was established in 1999 “to honor the 25th Anniversary of Aaron breaking Babe Ruth’s all-time home run record.” It’s given to “the best overall offensive performer in each league” as voted on by the fans and a panel of Hall of Famers. Each team nominates one player and a panel of MLB.com writers narrow the field down to seven players from each league.